The artichokes I do not have any more 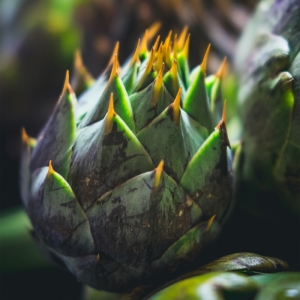 When I was preparing the garden for the cabin I used to have, my good friend Andonis and I were talking about a little fence I wanted to make using a plant and I was thinking of having artichoke plants there. They have thorns, especially the wild varieties and I believed that they would be a perfect match. Also their flowers apart from the fact that we eat them, they look quite beautiful as well.
My good friend was joking and he was saying that I should also plant some lentil plants on that fence as well.. Anyway...
In the garden here in the house I did plant a few along the fence at the back but because that part of the garden is very shady and artichoke plants need a lot of light they did not do very well there... Will plant some in the front garden that receives more light... 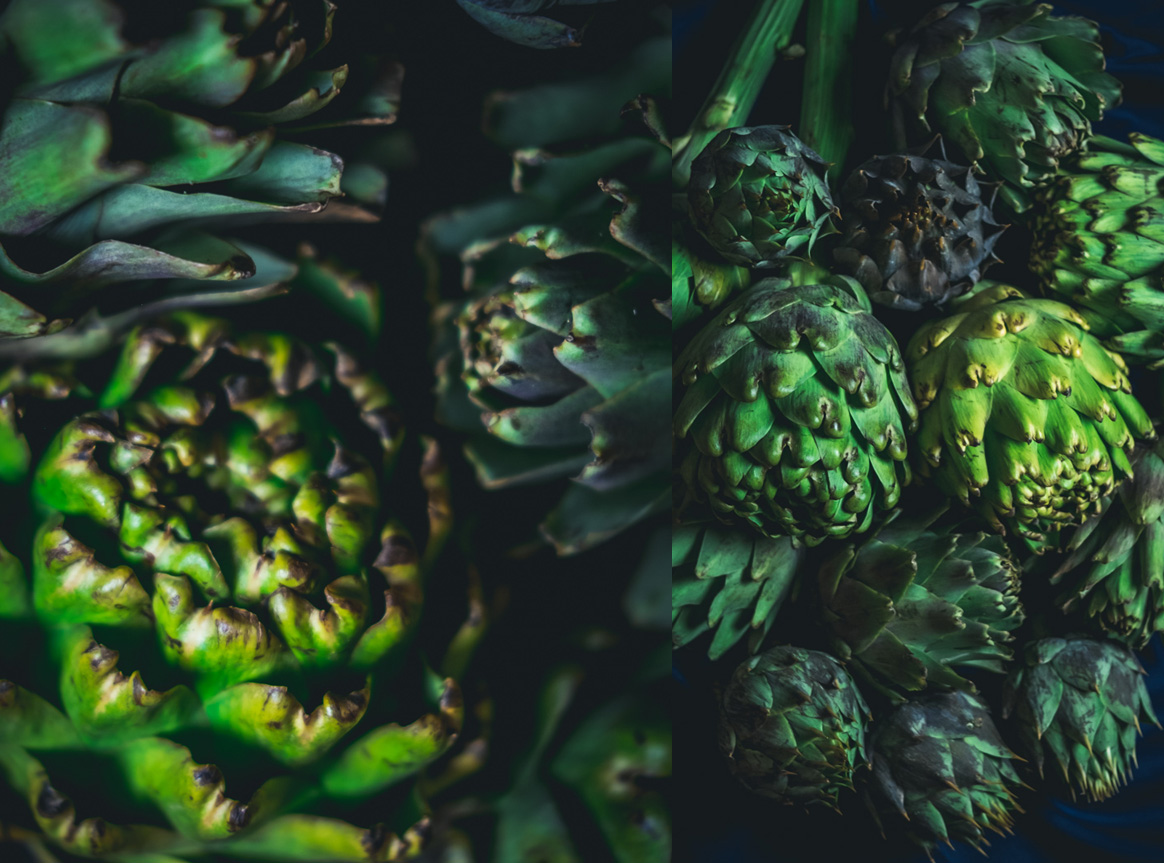 If my cousin Vagelio reads this page she will be amazed. I am sure she remembers how I hated artichokes when I was a kid and my mother made me eat her bloody Artichokes ala Polita. For some reason I didn't like them at all. I think that they have a very distinct taste that was too powerful for my taste buds. But I guess it is an aquired taste and that as you grow older you get to like. Maybe it all started when I started having them raw, or maybe when my friend Hellen made a huge dinner with various dished made from artichokes.. Anyway! I really love it as a plant.
I bought a lot of them last time I was at the farmers market and cooked them in 3 different ways. I will upload these recipes on the website in the next few days so you will see them for yourselves. 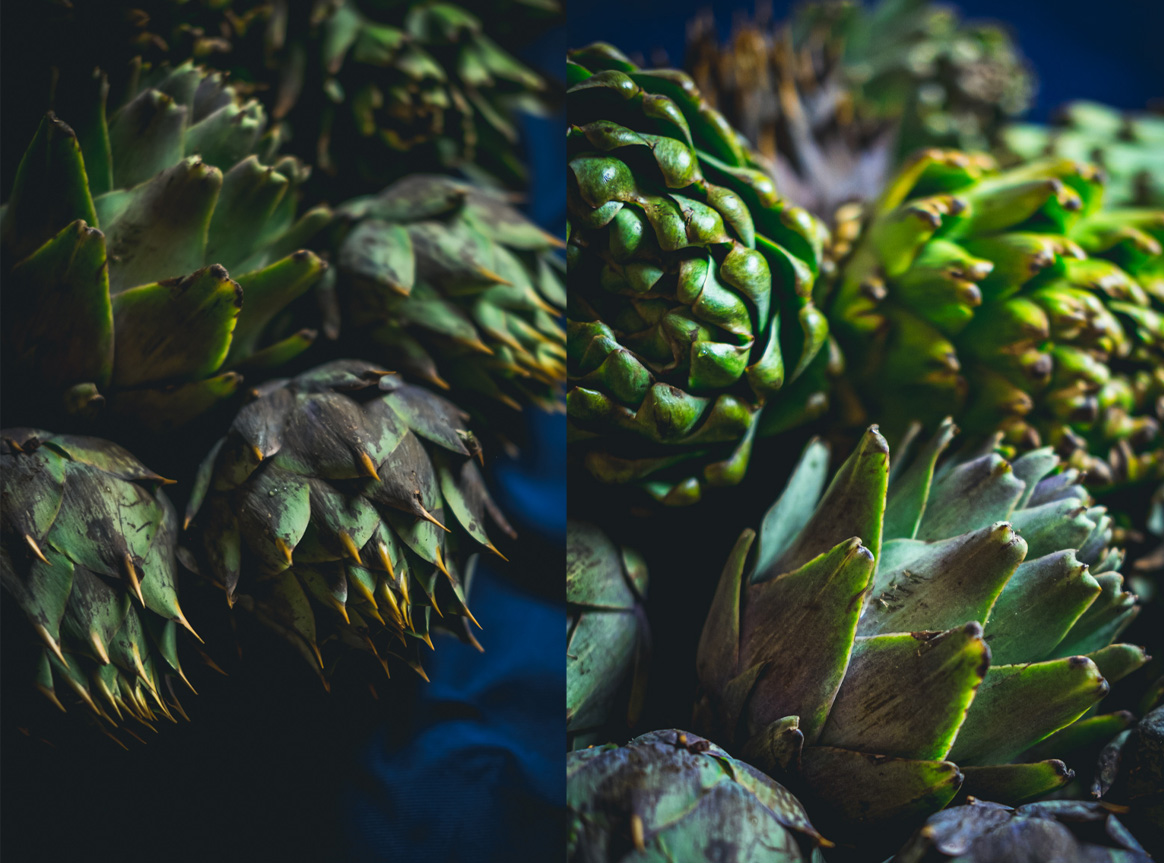 As food they are full of antioxidants and they lower your cholesterol level and also because they help produce a lot of bile they help with your metabolism and certainly boost it so by eating artichokes you end up loosing weight.

So what else do you want?

So prepare for nice recipes and you will certainly love them! 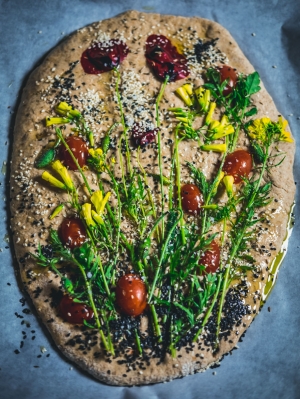 There are people that push you forward... and sometimes you do not even know them that well.

One of those people and I feel really glad that I have her in my life is Phoebe.

I met her through another person who I do not really know as well, Spyros, whom I have known since he was a little kid but without really knowing him.

Long story and probably very boring for most...  Anyway...

Both of them are photographers. Or rather Spyros has been a prof photographer for quite some years now and Phoebe lately made a decision to go pro as well!

Both are really talented and very good friends as well. Both have been an inspiration, Spyros with his fantastic eye and Phoebe with her eye as well as the stuff she sends me...

Some time ago she sent me this photograph from an instagram account I had not seen before  @blondieandry and she casually sent the picture failing to realise or even not caring about the effect that this picture would have to me...

Anyway.. this lady makes these fantastic and quite elaborate breads and she uses a lot of veggies and flowers in her designs...

So, of course I had to try it as well!

Good thing is thar I have a great recipe for a flatbread. So I made one in little time and went out in the park to gather the things i had to and here it is...

Give it a try and am sure you will love it! 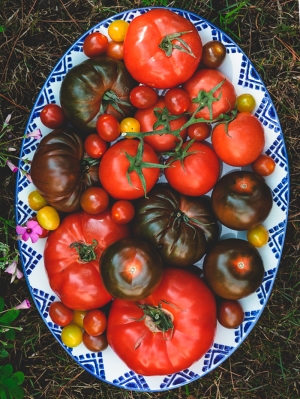 Last weekend we went up to Sinevro, a village in the mountains of Achaia which I adore and I know very well as I had a country home there for years.

I learnt about the village from my friend Andonis Skordilis who I will tell you about in another post.

I will also write about the village in another separate post and about another friend there who has a magical place in the same village. It’s generally an enchanting place but that is not today’s theme.

At the country home of Andonis when we arrived, he gave us a tomato sauce to try that he had prepared from a variety of tomatoes which I knew well, the Brandywine variety.

It is a very old variety, thin skinned with a wonderful taste, firm flesh, only a few seeds and very meaty.

It is like another variety called Batales, another wonderful variety which they cultivate in Vraurona.

I asked where he found the tomatoes after trying the sauce which was, by the way, stunning.

In Akrata (a seaside town below the mountain) he told me- a grocers next to the supermarket Vassilopoulou…they were hydroponically grown and very tasty.

Returning to Athens later that same day, not to miss the opportunity, I stopped at the grocers and bought some.

The next day I was at the supermarket back in Athens getting a few things because we had guests for dinner..and there I saw some wonderful black tomatoes with a special name. Marmande is their name and they are from an old spore which looks like the Kirim black tomatoes which are well known from the Crimean peninsular.

As my friend Kali said as well who has tried them, they are sweet but they don’t have much taste. And that is completely logical considering the time of year, on the other hand in order to have a sweet tomato at this time of year is important…

It makes you long for the summer when the tomatoes are in the local markets and you enjoy eating them with only a little salt on them.

It made me think of two things…when the time comes to prepare the vegetable patch in the garden and I plant some tomatoes and secondly what am I going to do with all theses tomatoes….

One idea is a lovely tart which shows off the wonderful colours and the other is to make a sauce.

The Myrtle in Bloom 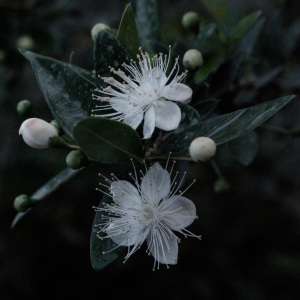 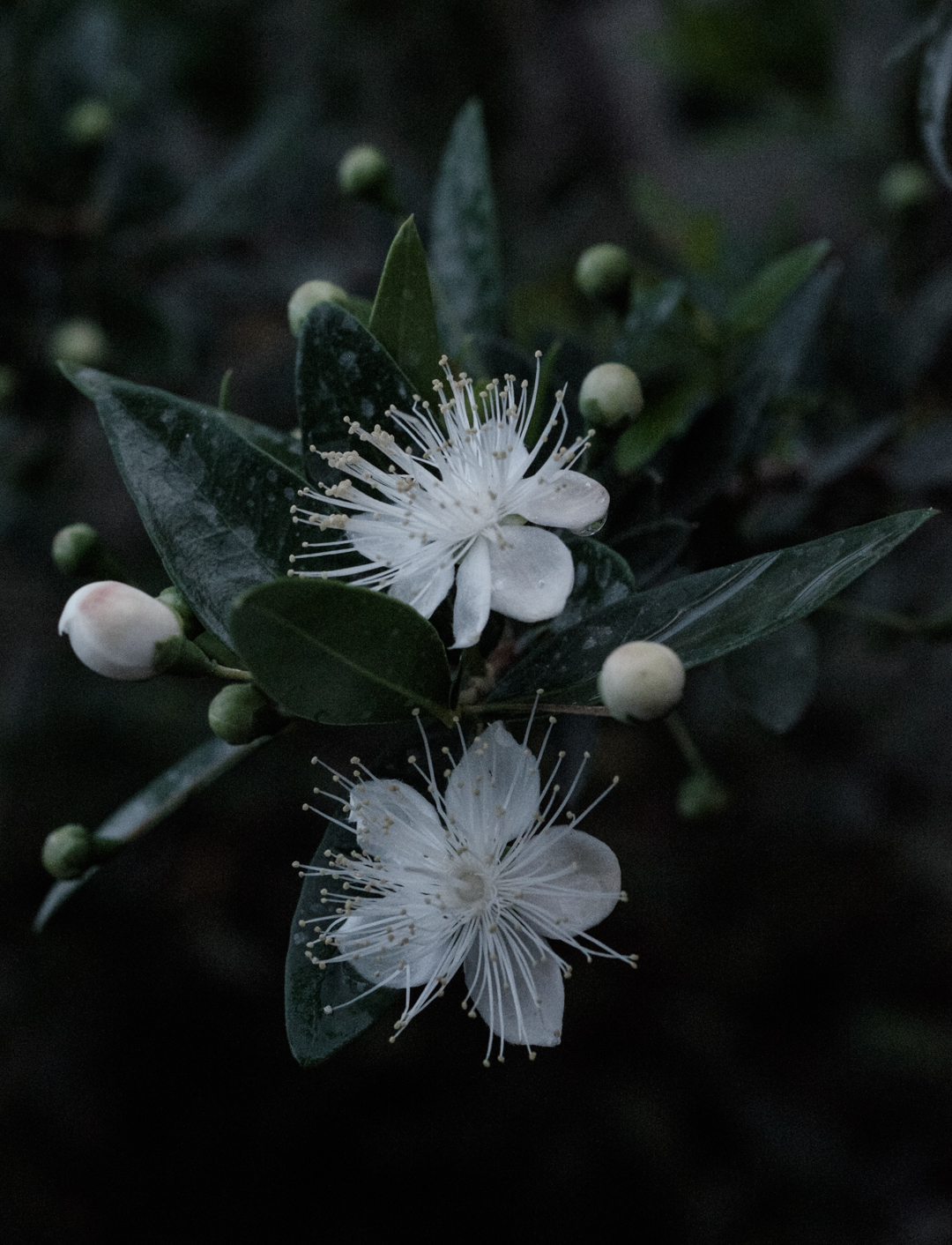 One of my favourite plants is the Myrtle bush.

Known since the time of Noah.. as it was a branch of Myrtle that the dove brought back to the Ark to let Noah know that the water was receding after the flood.

In ancient Greece the brides wore crowns of Myrtle.

It blooms all summer..In Athens from the middle of May.

It’s berries are used in Crete and Sicily to make an alcoholic drink , the Myrto, a black tsipouro…there will be a recipe when I collect the berries..

At the moment I just enjoy the flowers and prune the top of the plant to encourage it to grow stronger.

I don’t throw the branches away. They are the best for the BBQ or under a roast leg of pork in the oven giving it a wonderful aroma. 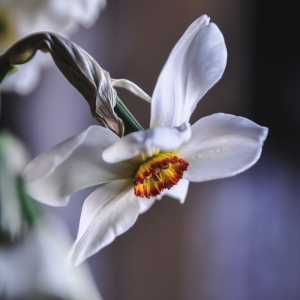 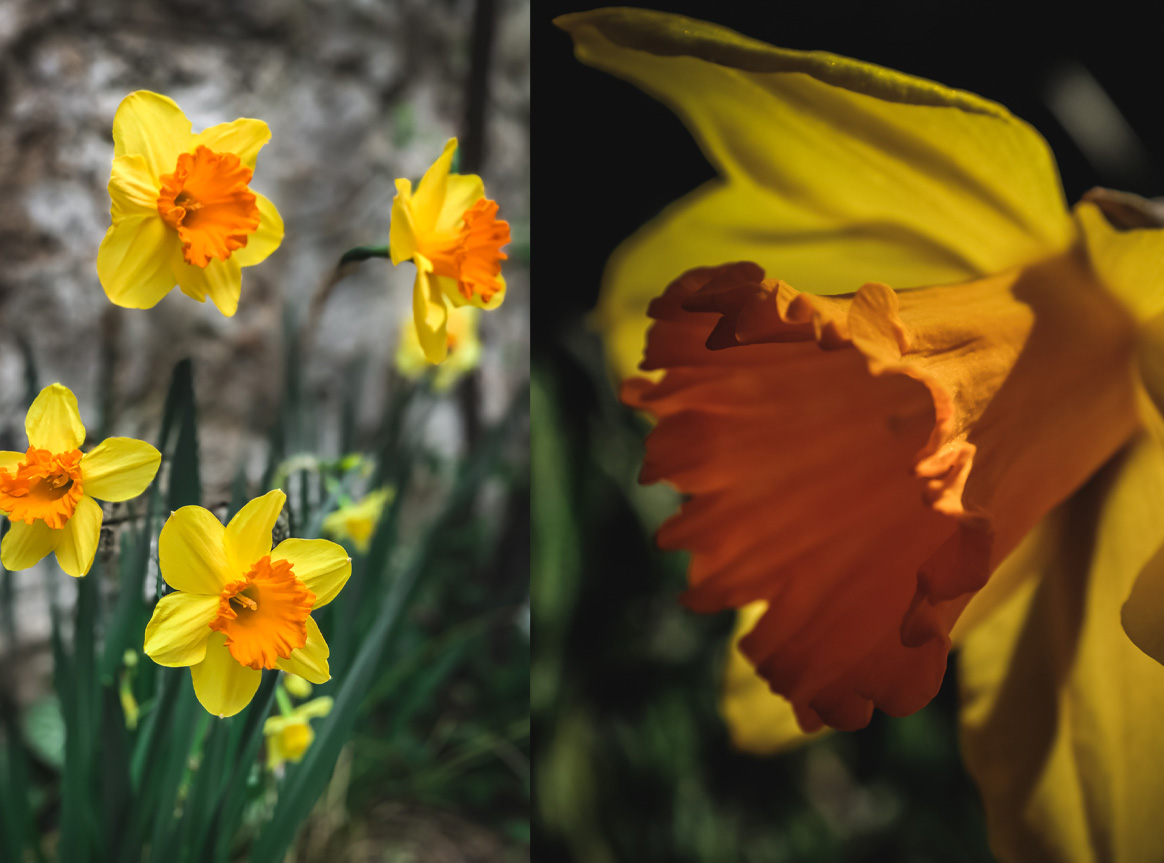 He didn’t have the best ending..rather a strange one..

He was left looking at himself in the river and as he was so beautiful he died searching for the beautiful image he saw but could not touch…at that spot grew the first flower with his name. 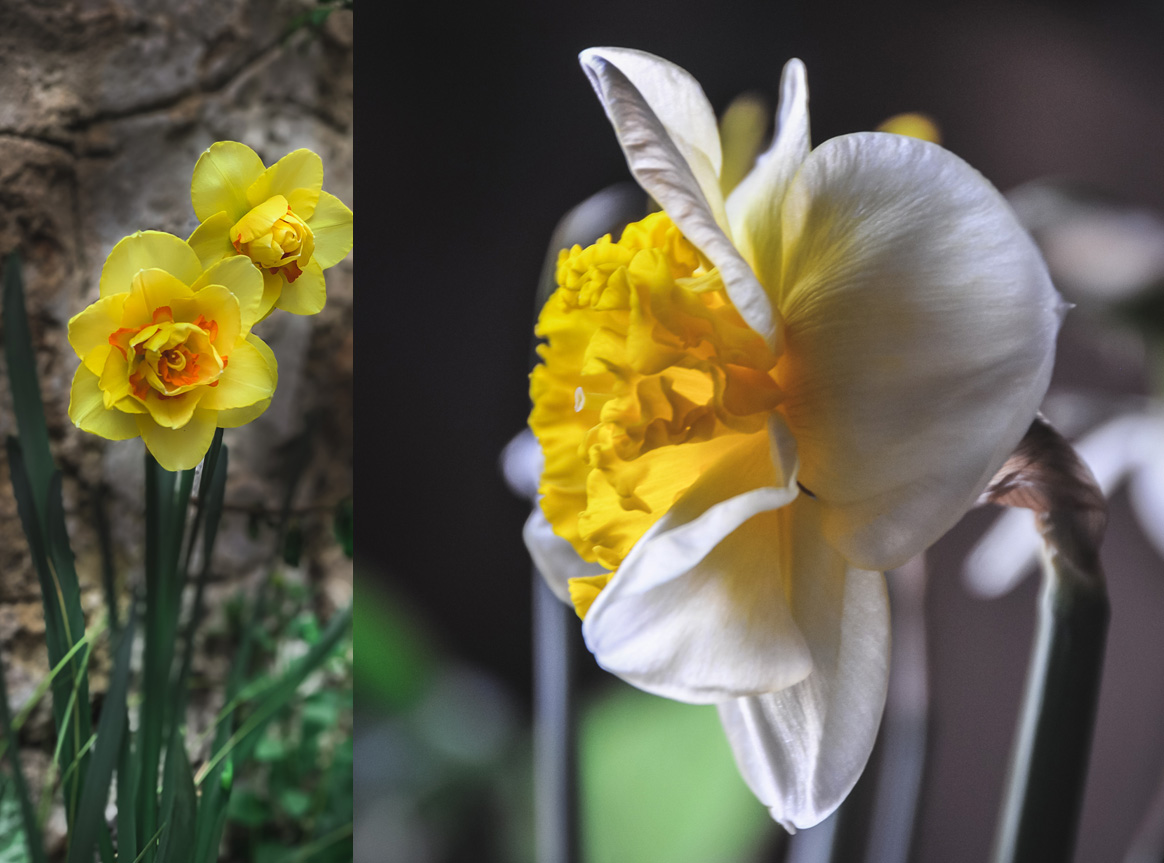 The are many myths about its origins such as…

After treating a lovestruck suitor Echo, a beautiful nymph, with distain causing her to disappear, an angry goddess of revenge, Nemesis caused him to gaze upon his own reflection in a pool, causing him to unknowingly fall in love with his own image and leading to his despair; once realising his love would remain unrequited…  he melted away from the fire of passion burning inside him, eventually turning into a gold and white flower.. 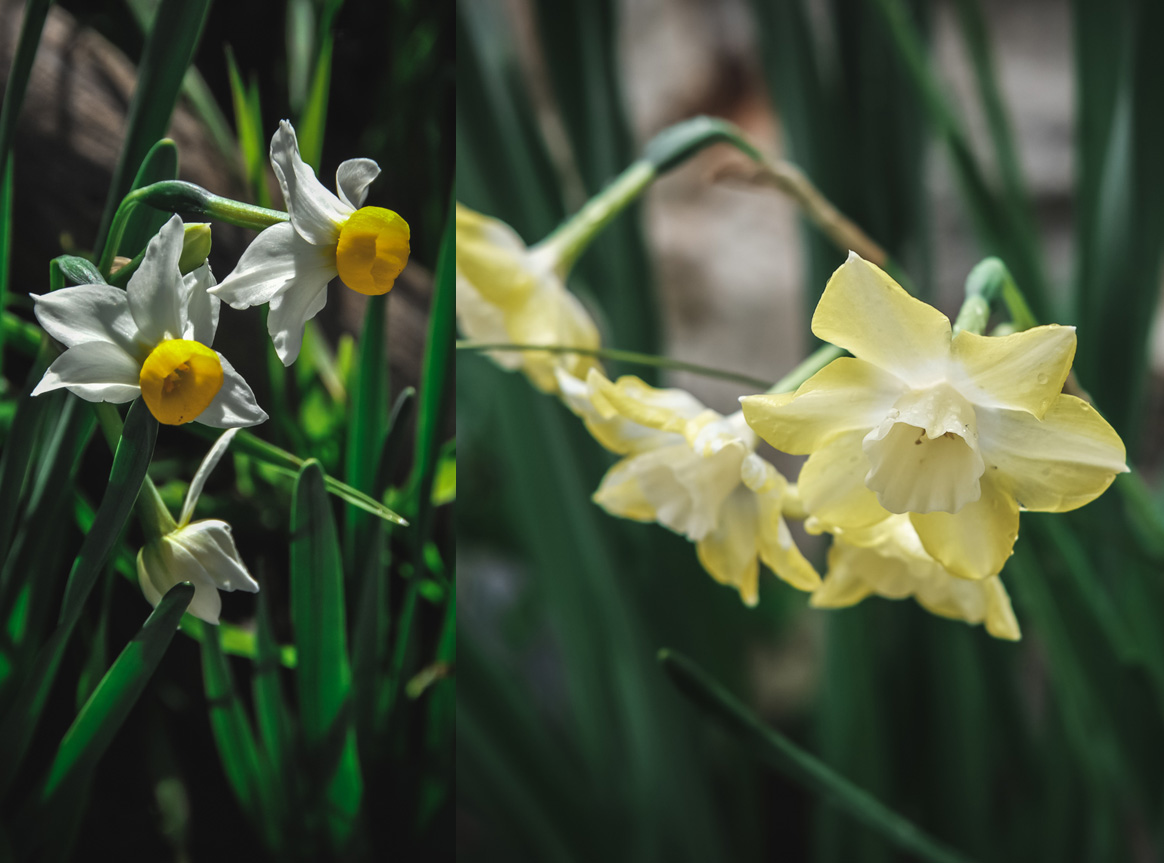 That myth has a ring of truth to it…let’s not be narcissistic and let’s get on with our work and try to listen to those around us ..hhmm..I have met many narcissists in my life… 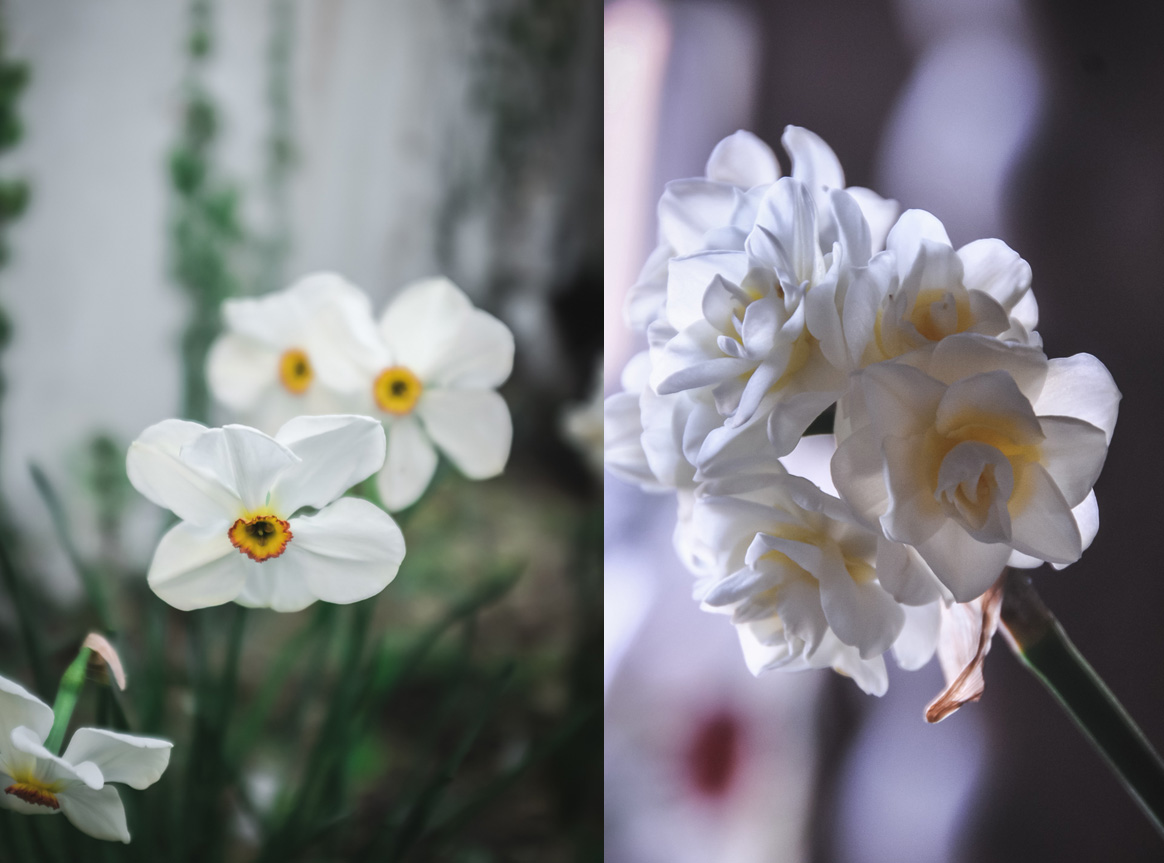 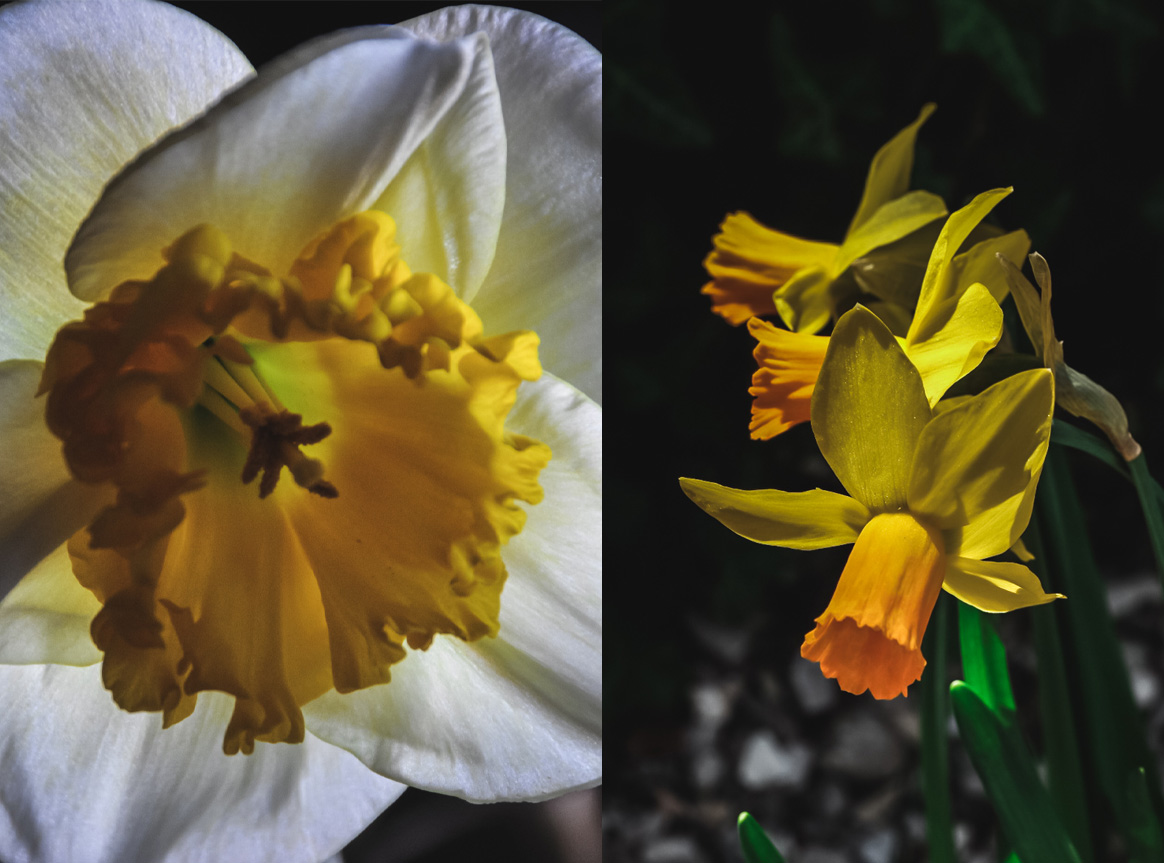 Now let’s talk about the plants that have the same name..

Narcissi are my one of my favourite plants. They signify spring and they are one of the first flowers to bloom after winter.

I have many varieties in the garden and I’m sure I will have a lot more in the future. The bulbs are not edible as they contain many alkaloids so eating a bulb is not advisable. 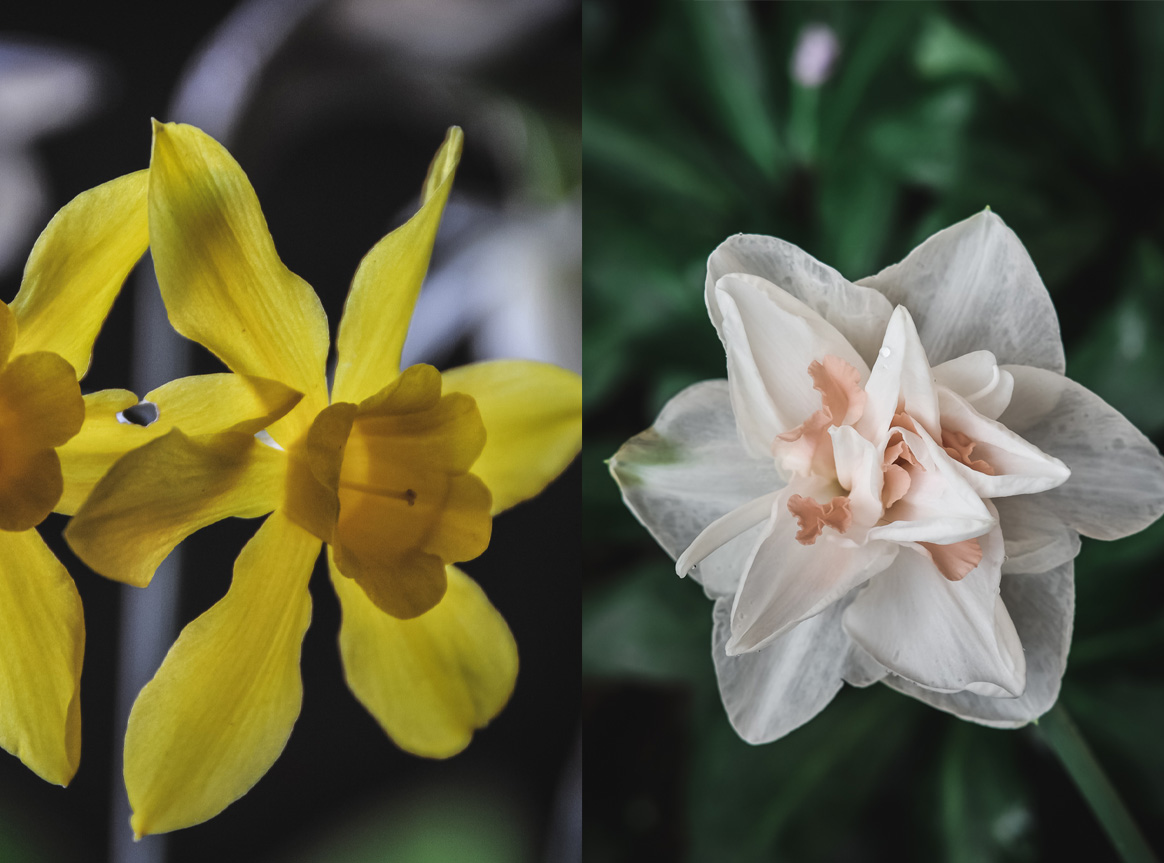 In the old days this plant was used for medicinal purposes and actually one of the alkaloids it contains can be very helpful for patients suffering from Alzheimers disease.

Some species are intensely perfumed, so much so that if you smell the flower too much, it has a soporific, narcotic effect. In Greek Narcissus and Narcotic are from the same word stem and it may explain why the plant was thus named. 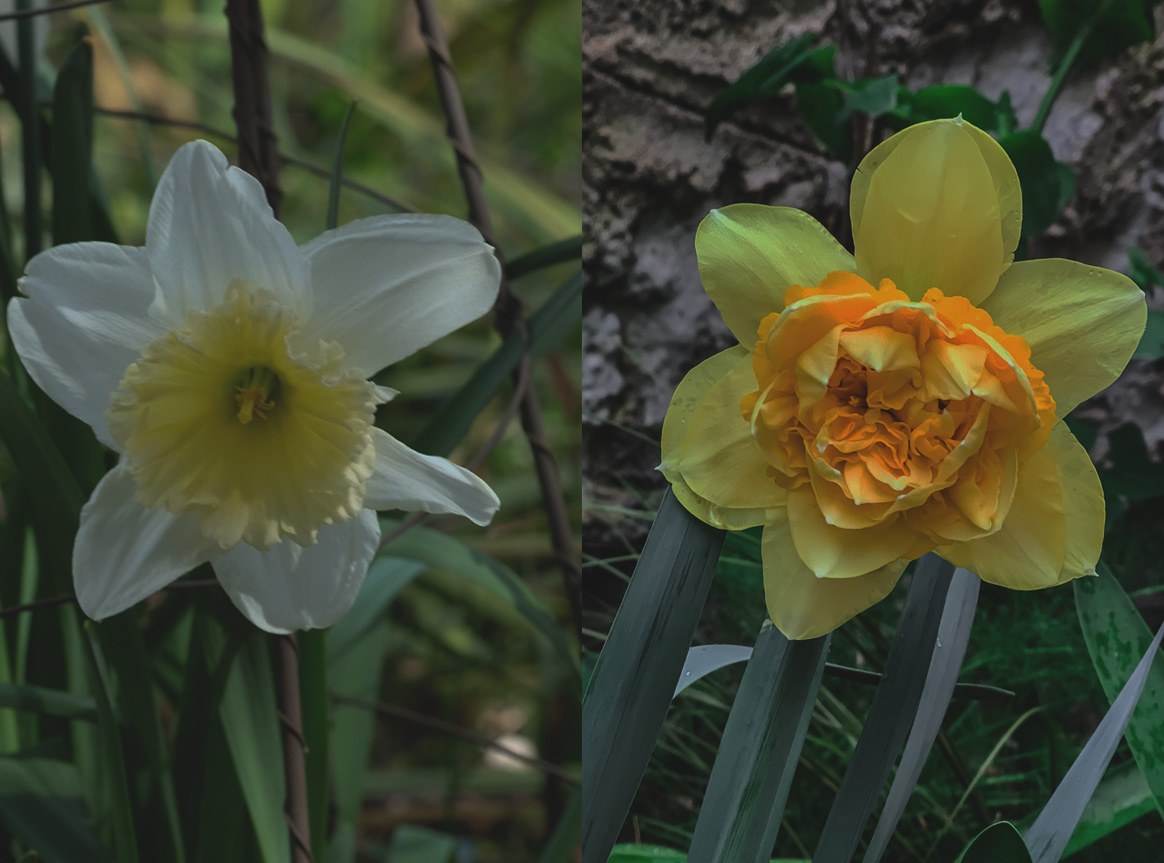