Dao, a wonderful Vietnamese in town

I was enchanted by Vietnam

I visited the country many years ago when it was not the great travel destination it now is. There were only a few "good" hotels and the leader of the group, Thodoris, who became a friend after the trip was trying to cater for the needs of the crazy Greeks that were in the group. Especially Mr. Giorgos and his wife from the island of Lesbos that came to the trip without actually knowing where they were going and his wife Maria brought woollen skirts along... in August... go figure.. I have a lot of memories from that trip but mostly what stayed with me was the food. 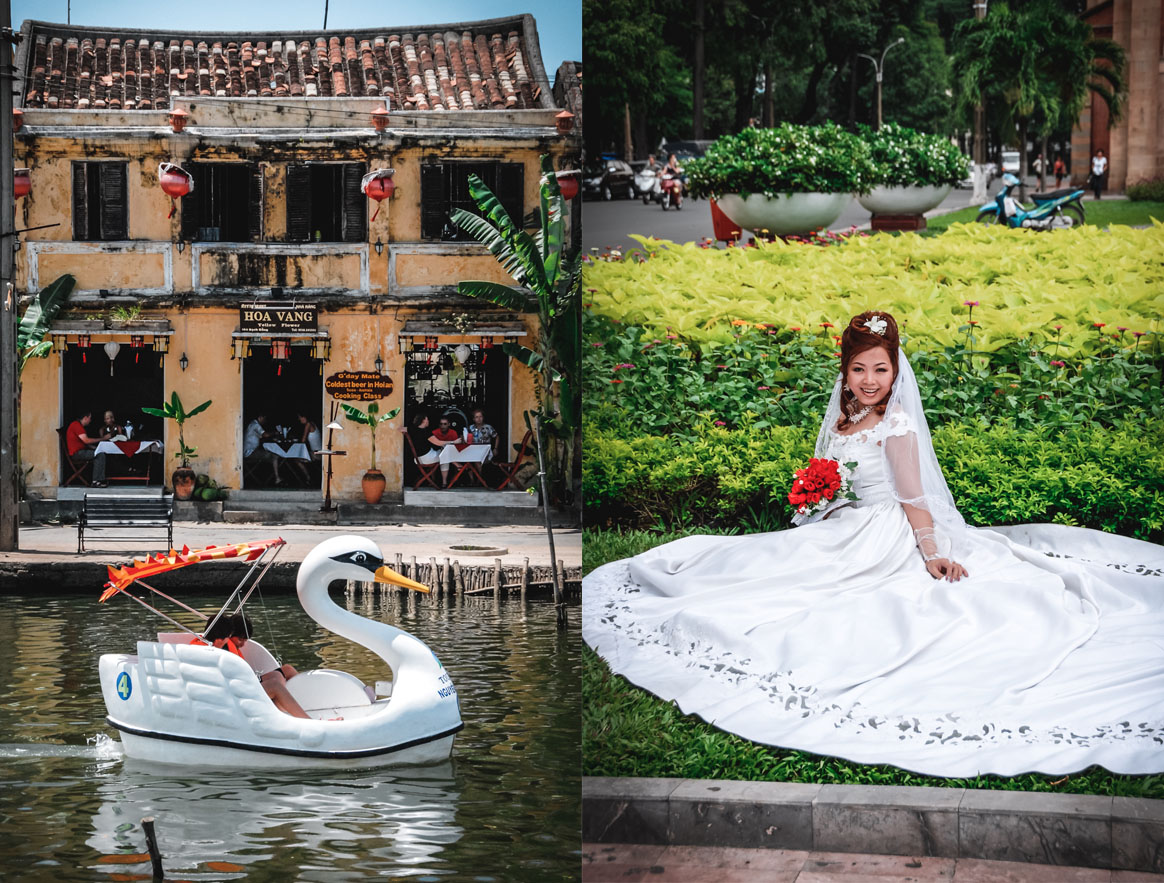 Generally I love Asian food..simple, aromatic and tasty..although sometimes fiery hot and burning but all the better for it! When I tasted the food and tastes of Vietnam I was blown away. And you might ask why? Well it’s really simple….The French..

The French colonised the country from the mid 18th century and did all they could to subjugate the local population which they succeeded in doing around 1874. They took over the production of local crops (such as coffee and rice) but also seized production of all their local resources as much as they could. 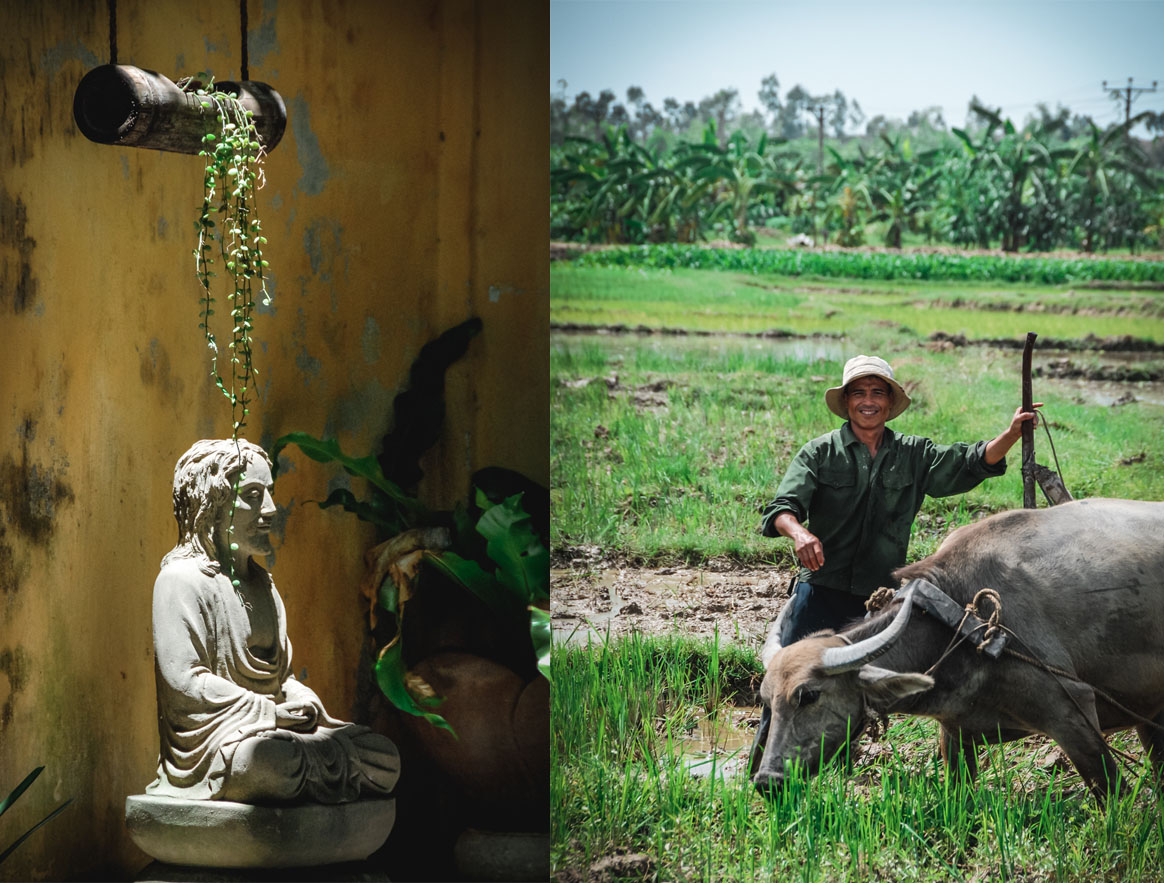 They imported their religion and their language.  It is incredible to be in a dugout canoe on the Mekong River drifting through the tropical jungle on all sides when suddenly as you come to a bend in the river you see a baroque wooden French style cathedral rising out of the wild countryside…It was one of the craziest things I have ever seen on my travels. 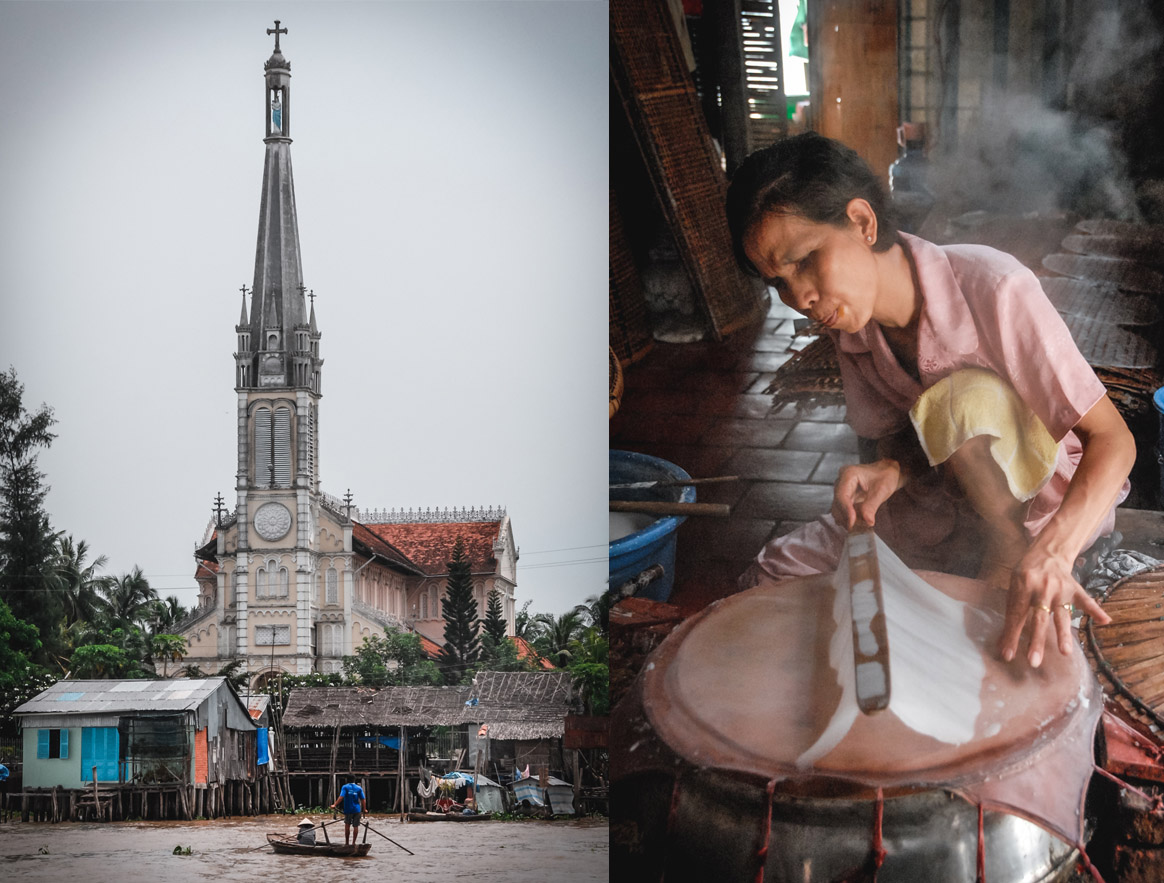 Of course apart from the language and the religion they also brought their food.. Like their bread which did not exist in any other Asian country at that point (except maybe in Hong Kong with the British). Seeing people on the street in their slippers selling baguettes…and making sandwiches..like in Greece but with totally different ingredients.

And that was the magical aspect. Tasty food, aromatic, not very spicy hot, with slight European influences but with mainly asian flavours. For instance in the baguette- as they don’t have a lot of wheat they make up the mixture with rice flour which makes the baguette much lighter in texture and taste… 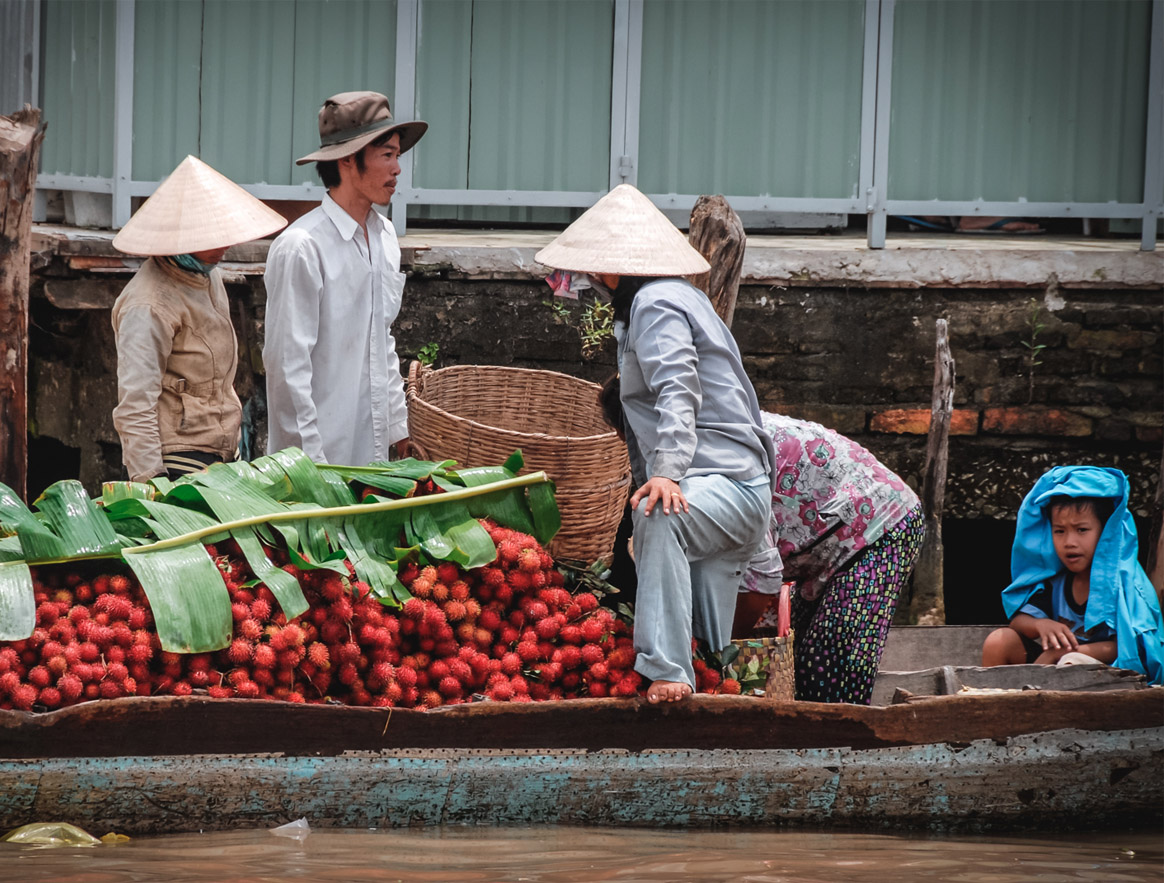 They also use other foreign ingredients such as potatoes, broccoli, asparagus and other beautiful things and use not only the traditional Asian wok but the flat bottomed frying pans we use in Europe.

Many fresh herbs are characteristic of the food there and the food is very different in the north and the south as each area has it’s own specialities, climate and traditions.. 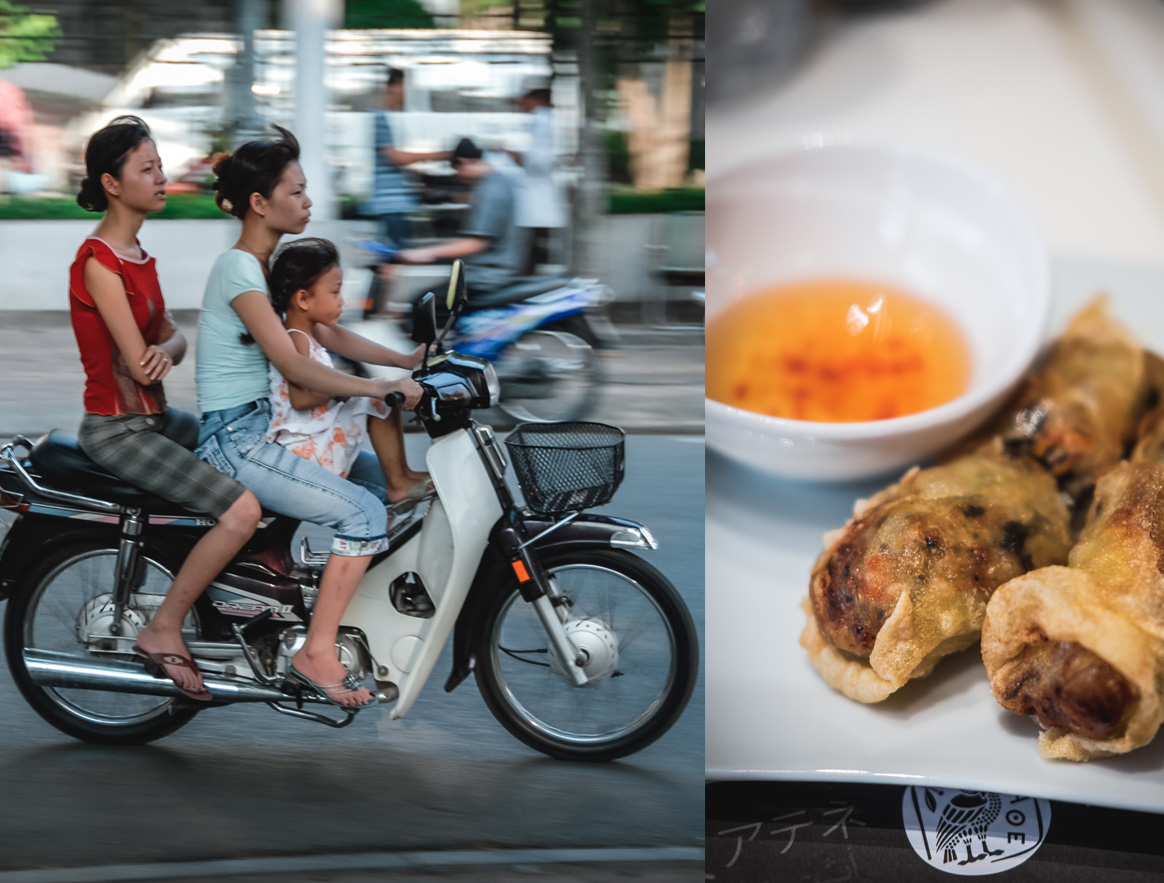 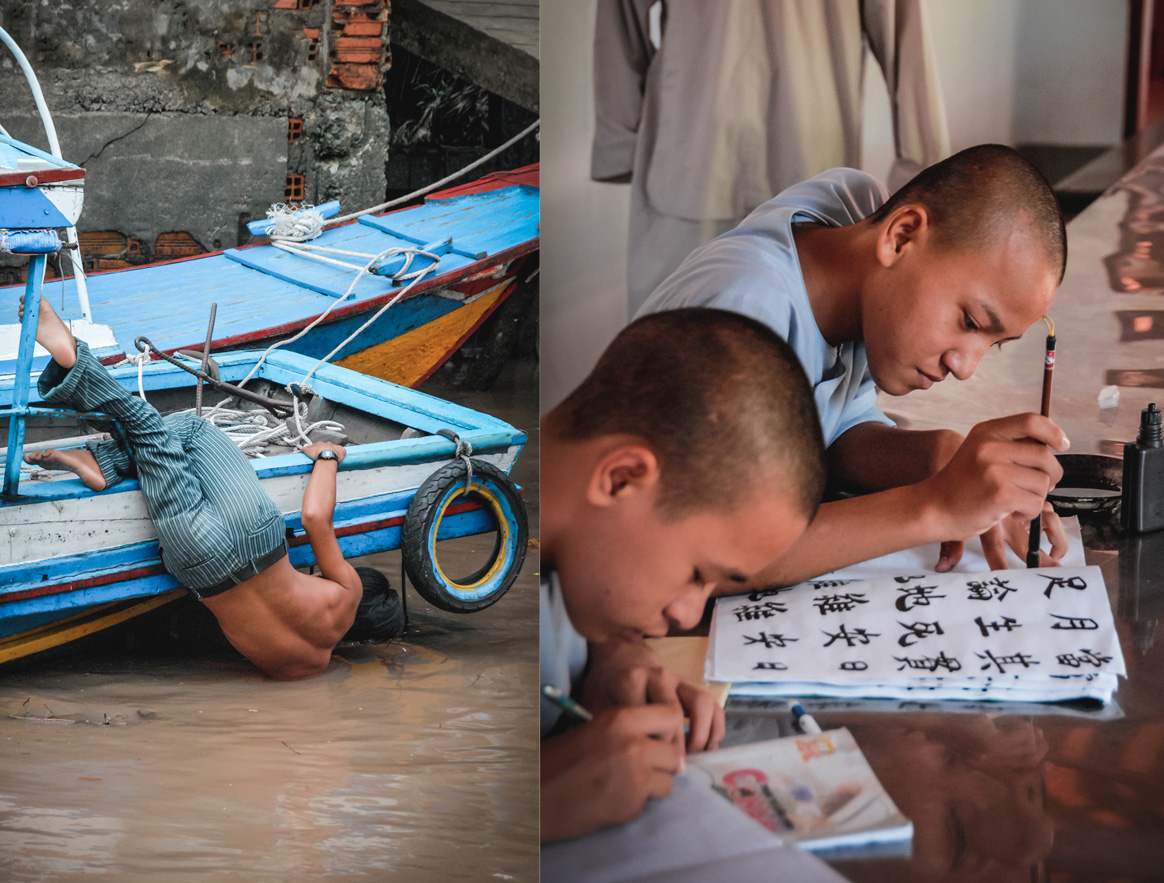 I had the opportunity to eat in many restaurants- even some street food and was really impressed. When I returned to Greece after the trip I searched for somewhere to eat this food here but there was no typical Vietnamese restaurant then in Athens; just Chinese restaurants that would have a few Vietnamese style dishes on the menu. There was one in Nea Filadelfia which was generally “Asian” called Halong Bay, Two “Brothers” in Marathon and Nea Smyrni which did not really impress me much.

In summer last year a restaurant opened called “Madam Fu Manchu” which managed to satisfy the need as the guys there know a lot about Vietnamese food.

Something was missing though..and what was missing recently opened in Psyrri. And in that neighbourhood known for it’s traditional tavernas and newer tavernas with live music etc, coffee shops and Ouzeri’s, came a family from Vietnam and opened a small “hole in the wall” tiny restaurant… 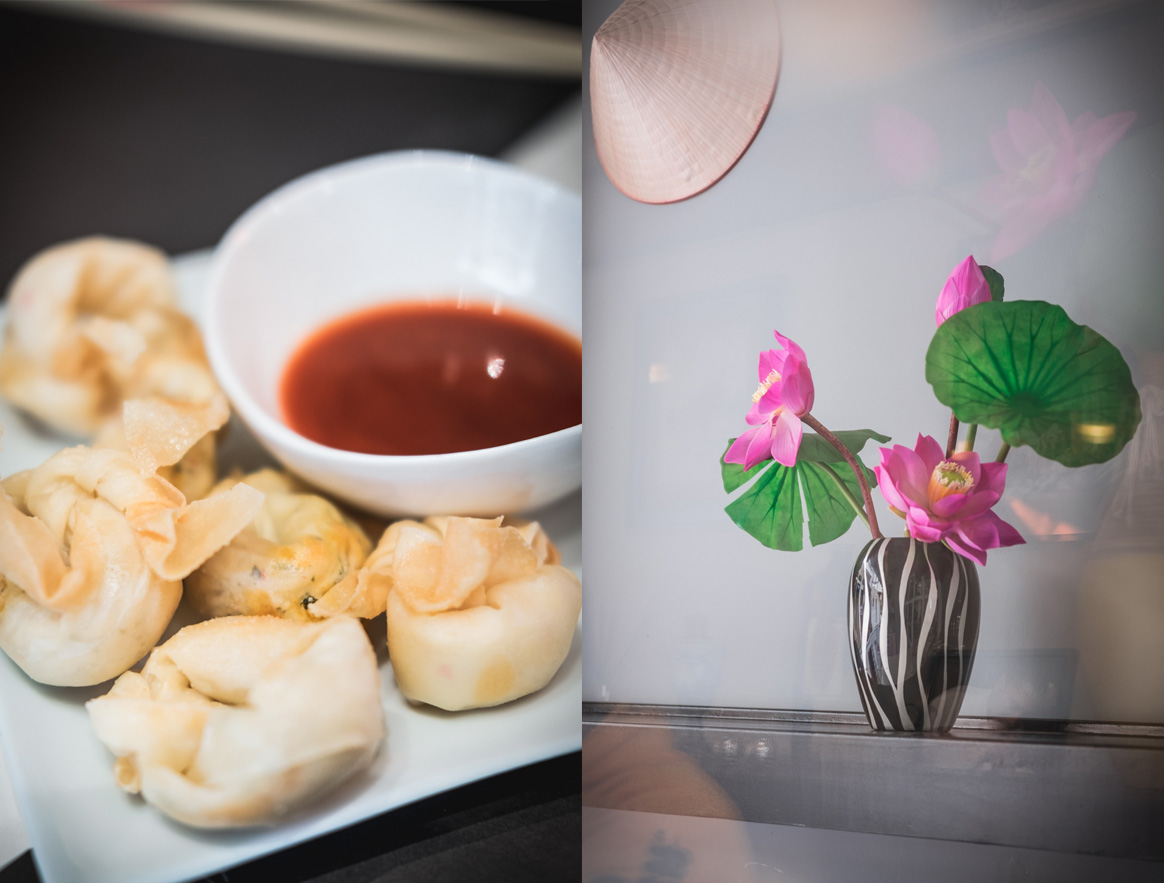 The restaurant is tiny. It’s open from 1pm-10pm in the evening. The most impressive thing is that it serves true, realistic authentic street food from Vietnam..

The head chef is the matriarch of the family who cooks like she would at home for her family. This is evident in the tastes and the attention to detail in the food and the love shown for making the food which comes across at the table as you eat it. 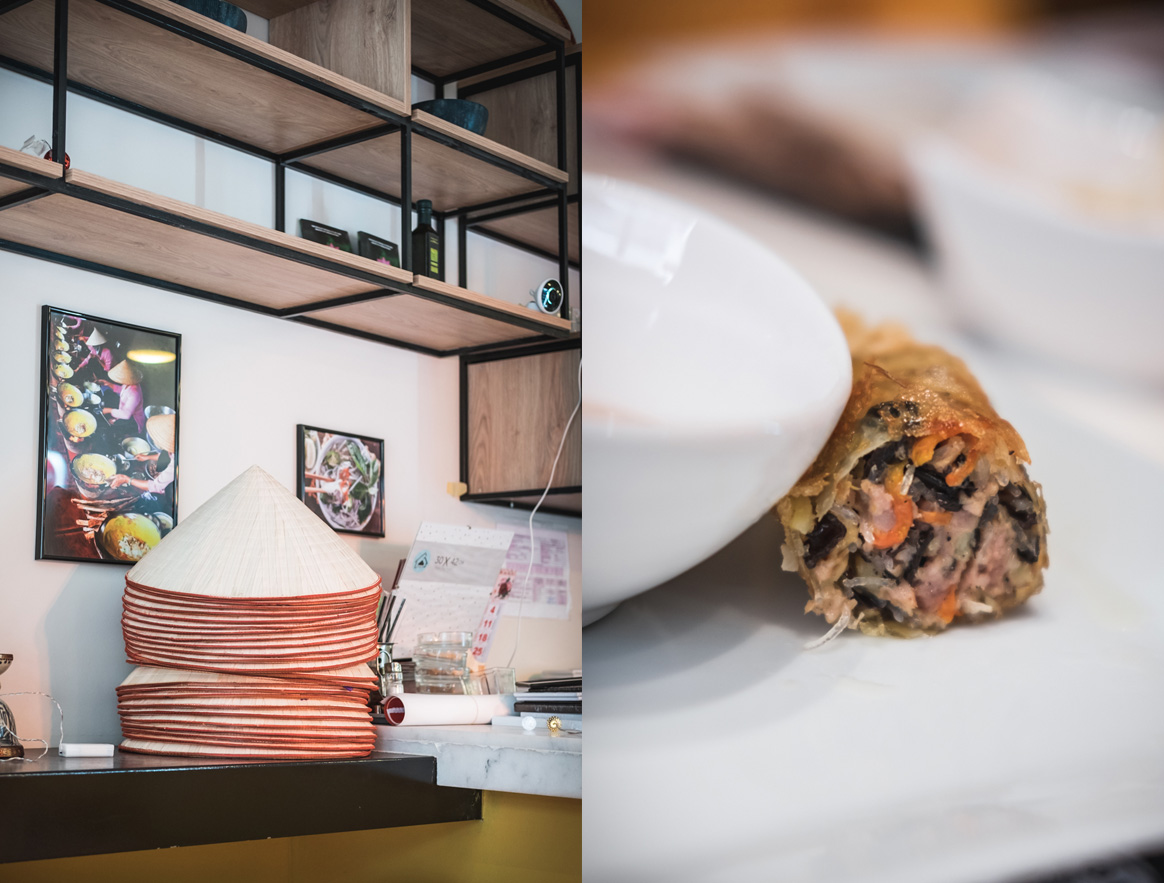 We have already been three times and I think we have eaten everything on the small menu now..which is easy as there are only a few dishes! Everything however is tasty authentic and made with love.

Just up the road is the small taverna “Nikitas” a little gem in the neighbourhood. Typical Greek taverna cuisine but made with the same love of good ingredients and their customers, who in turn love the place and appreciate their efforts. However far apart these two places are in tastes, they share the same love and sincerity towards their food, their customers and restaurants.. which is strange in two restaurants on the same street.

To get back to Dao, the spring rolls are wonderful, aromatic and tasty. Much better than anything I have had at Chinese restaurants and much tastier. 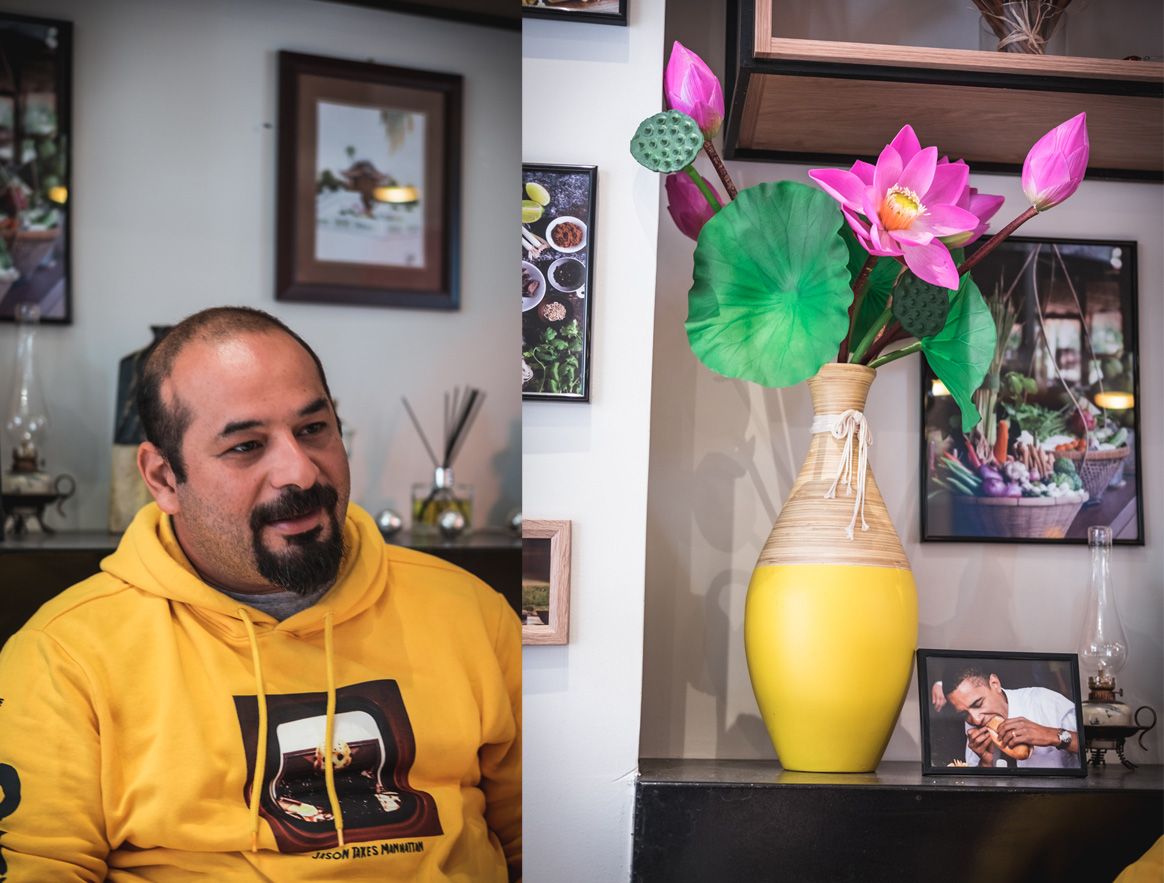 (This is a picture of Babis who owns Tuk Tuk.. I will take my camera to his place to take some photos at the best Thai street food place in town!)

They had some wonderful soft rice pancakes with pork which were fatally fabulous and their soups with chicken or pork and wontons are filling and wonderful! 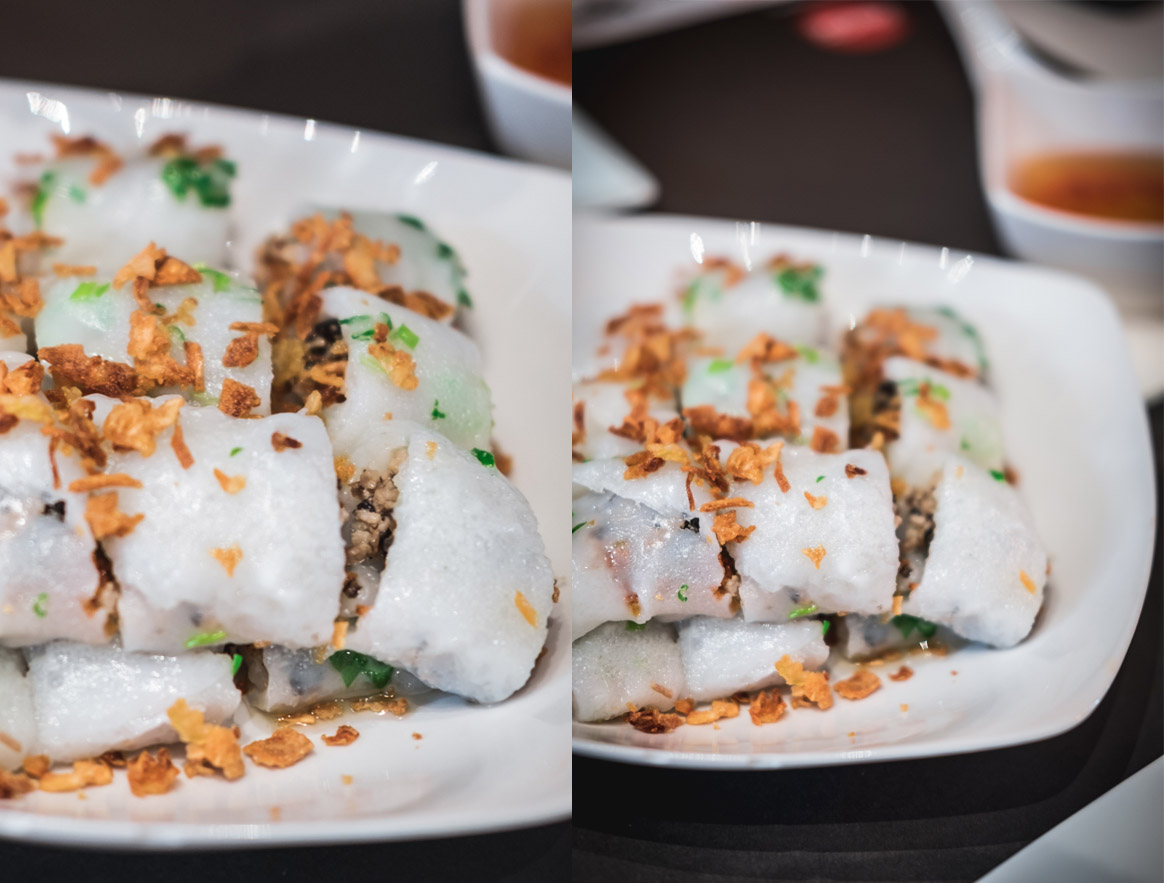 Rice dishes are great as well as all their stir-fries 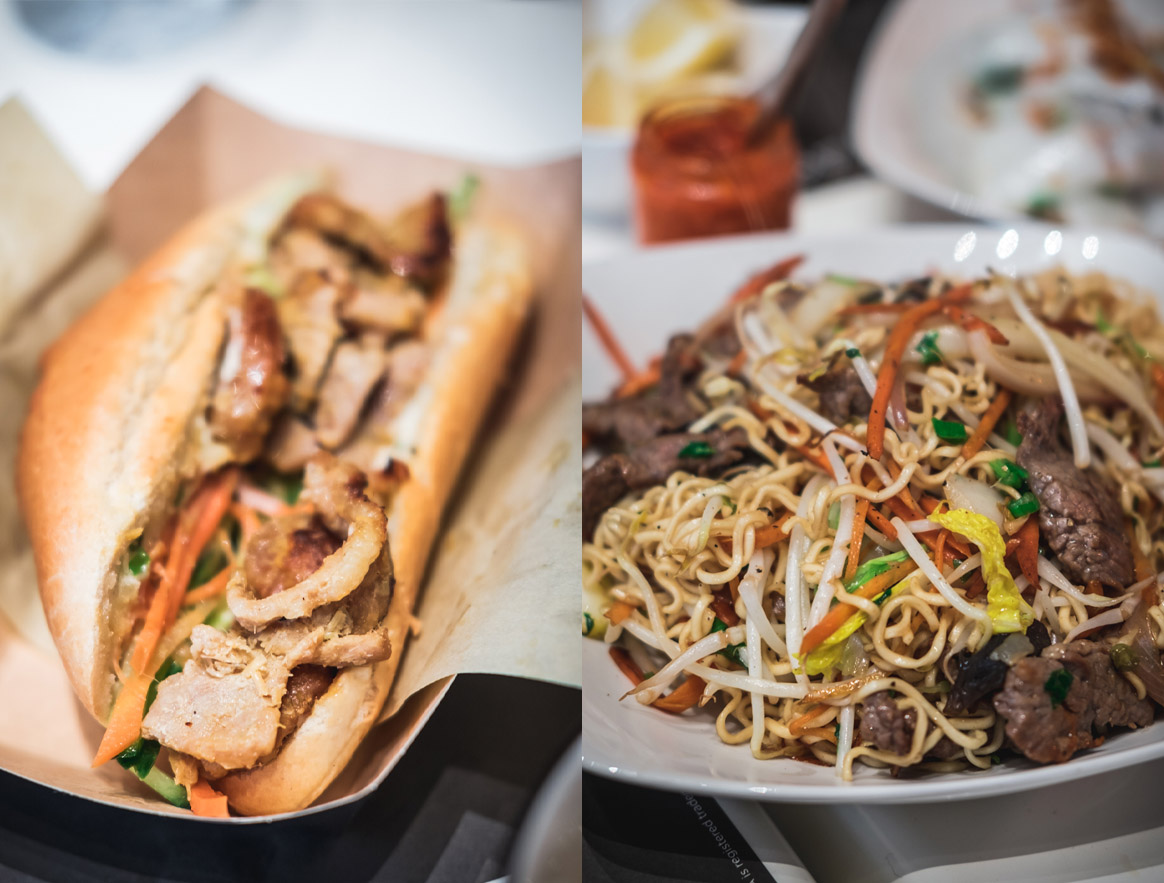 I have one small criticism about the noodles. If they used better quality noodles the dishes would reach another level.. 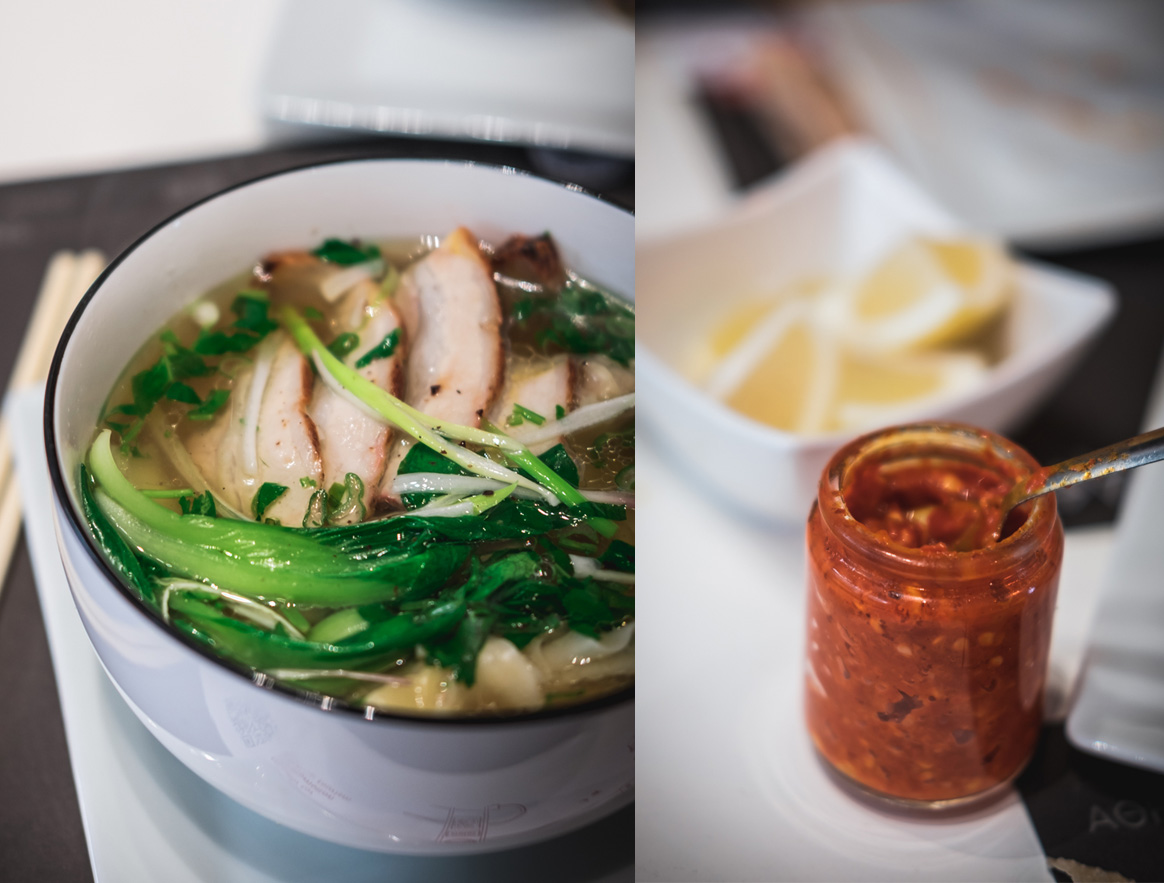 They have wonderful Banh Mi- they deserve a post on their own..the guys at Dao make the best and you will be amazed. Also they make the meat themselves for the sandwiches- the taste is incredible. 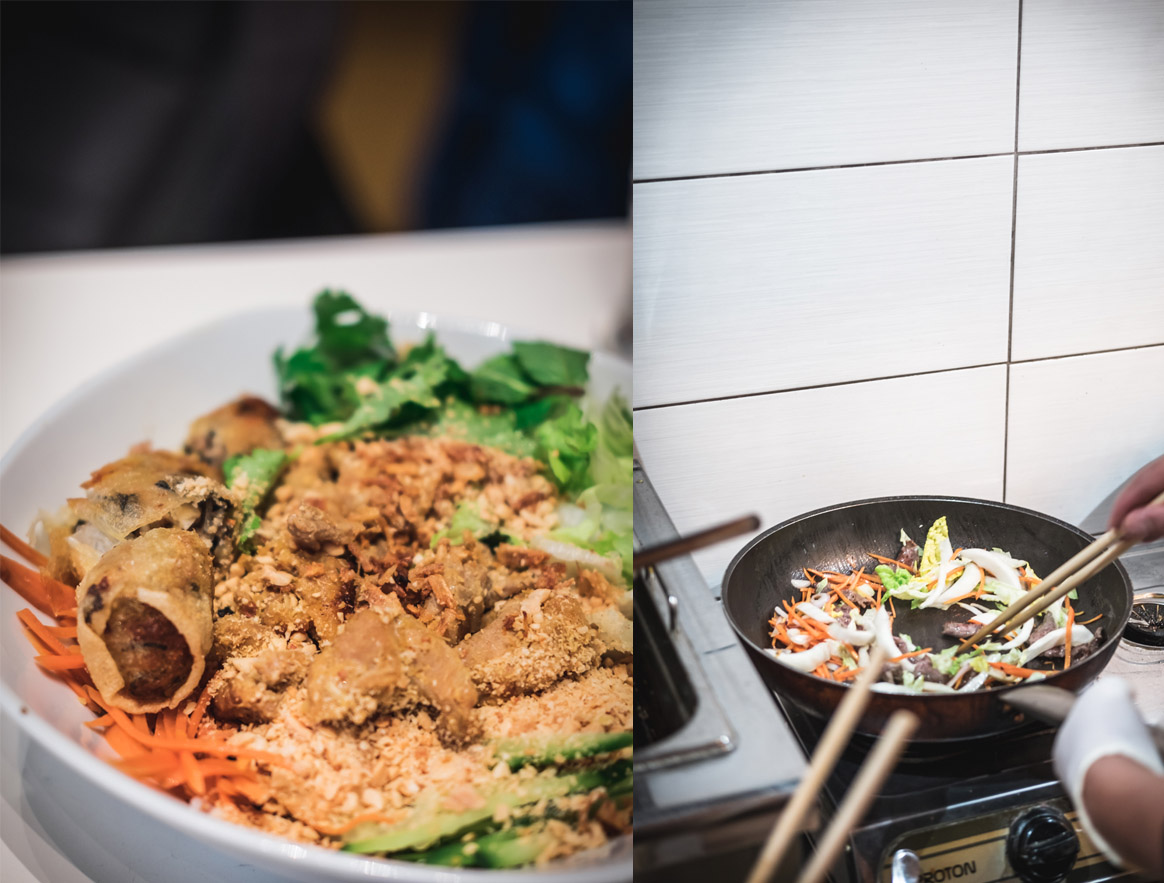 At the end of the meal they give you some small hand made sweets made from ginger, they are wonderful. Don’t leave without trying one! Also try the Vietnamese coffee -very special and tasty! 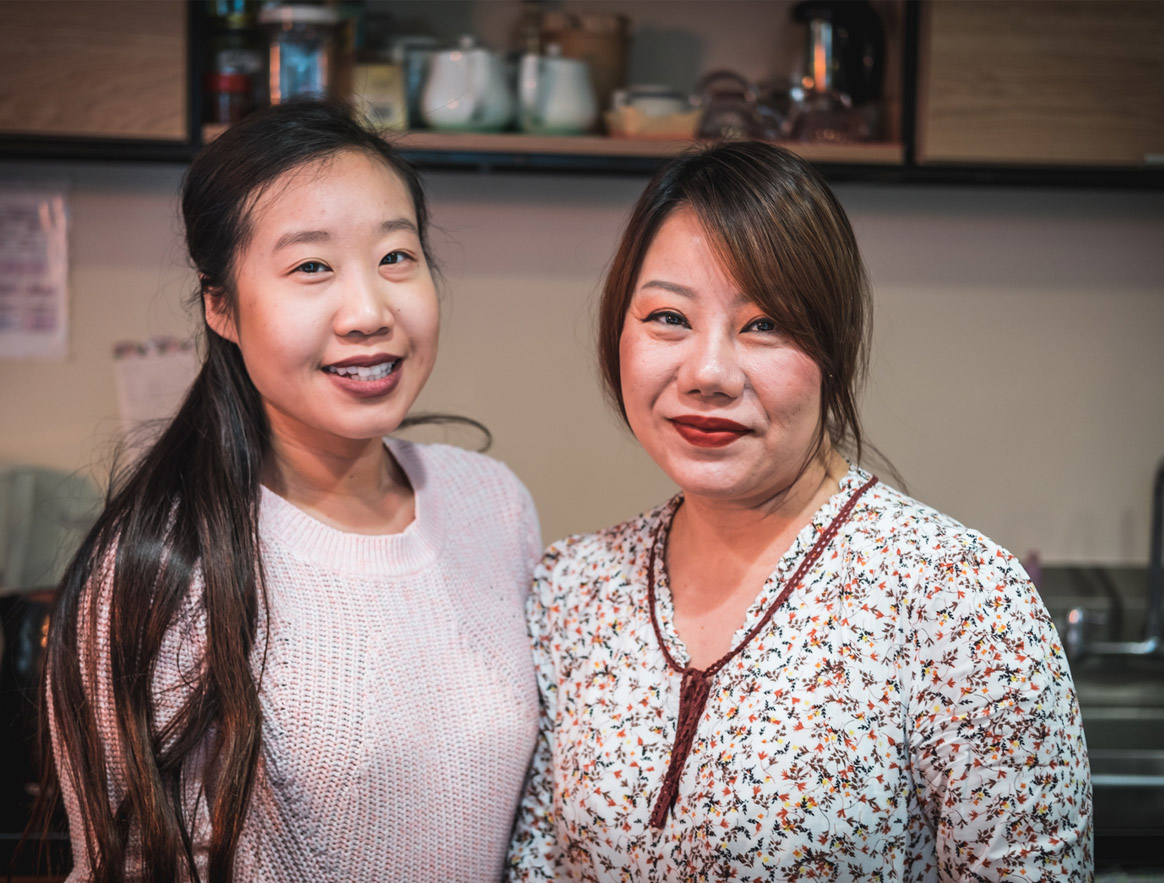 The hours they are open are perfect for lunch or a pre-theater meal..I would suggest that if you like to try new tastes and want a really special meal try them out..I think you will like it a lot..